We are proud to announce the release of IriusRisk 4.1 containing a brand new API endpoint for creating threat models using the Open Threat Model standard, as well as other improvements to the interface and content.

We are very excited to announce the first update to the Version 4 release of IriusRisk, and the first update of the year. This release includes new features as well as improvements, including:

The Open Threat Model (OTM) standard is a generic and tool-agnostic way of describing a threat model in a simple to use and understand format. It has been designed to allow greater connectivity and interoperability between threat modeling and other parts of the Software Development Lifecycle (SDLC) and cybersecurity ecosystem. Released under Create Commons, anyone can contribute or use the standard.

Key use cases for an open threat modeling standard include:

The first iteration of an OTM API endpoint has been included in this release. This API allows you to provide an OTM file and IriusRisk will automatically build a full threat model using the rules engine an extensive library of components and risk patterns. The first release of the API supports trustzones, components, and dataflows.

For more information on using the OTM API, see The Introduction to the Open Threat Model standard.

This release includes a number of important user interface improvements.

Multi-tab support means you can now run IriusRisk in multiple tabs or browsers. This is useful when multitasks such as when you need to copy information from one place to another, or when you want to keep two views open at the same time. You can also quickly get the URL to any project straight from the browser’s URL bar. This is useful when sharing projects with other team members such as on Slack or email.

You can now bulk select threats and run bulk actions the selected threats. Actions include everything from accepting risks to marking threats as Not Applicable.

There is also improved filtering for threats. You can filter on components, use cases, owner, source and weakness test result. 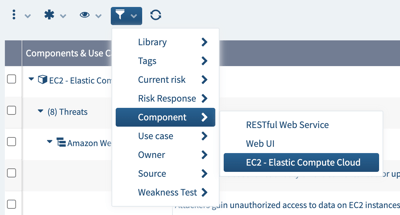 The icons representing risk and priority for threats and countermeasures now have a clearer distinction that doesn’t rely on colour.

Other improvements include the ordering of nodes in library XML.

The Advanced Analytics & Reporting module is an add-on product that gives customers better insights in to their threat modeling data. Customers can create custom reports and dashboards leveraging the full set of data available within IriusRisk, as well as integrating with other data sources.

This release includes the first step towards a full integration. In the top navigation bar you will see an “Analytics” button. For administrator users this button will present the opportunity to configure the module or request access through Customer Success. Non-administrator users are advised to reach out to their IriusRisk administrators for more information. 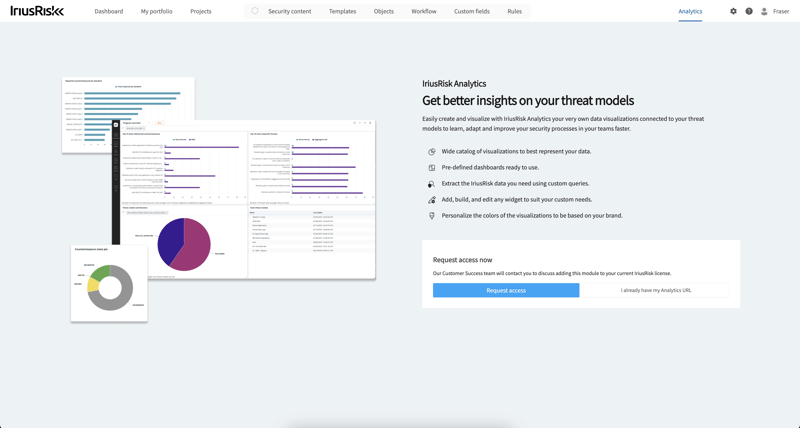 New dataflow rule conditions and actions gives a more powerful expression of the relationships between components in a threat model. This means more accurate threat models and less work for developers when combined with actions such as “Implement countermeasure in destination”. 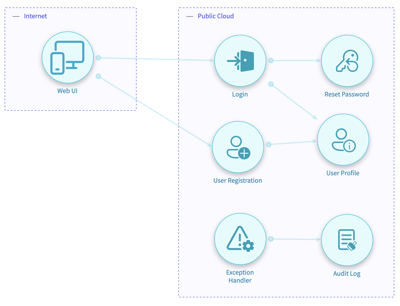